Hes a (mostly) chill guy who gets along with most people but due to his penchant for self isolation fails to form any meaningful bonds. He thinks that if youre gonna do something, you should do it right so since hes mediocre at pretty much everything he might aswell not do anything at all. though his cooking skills are really not too shabby. Before his death he spent most of his time at work or rotting away at home in his depression cave.
thats why when he found himself waking up in purgatory after being completly ripped to shreds by a demon (it was brutal fr) he honestly didnt even care and well.. didnt rlly register what had happened anyway. Ironically this is where Andrew found something hes truly good at. Since his body was mauled to pieces and he spent the last year dissociating in bed he has such a low bond to his human body that his soul can easily shift into any vessel he wants, even animals. So that comes in very handy in his new job (being a demon hitman/exorcist... of course.. obviously..)
~ 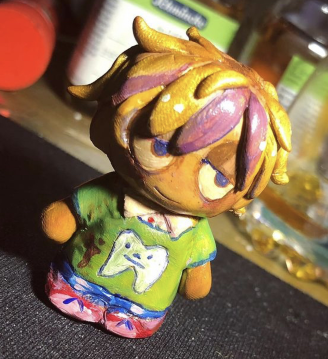 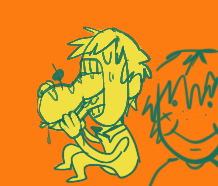 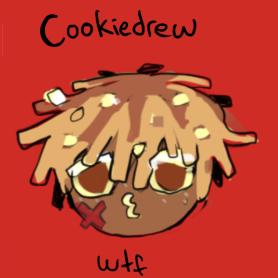 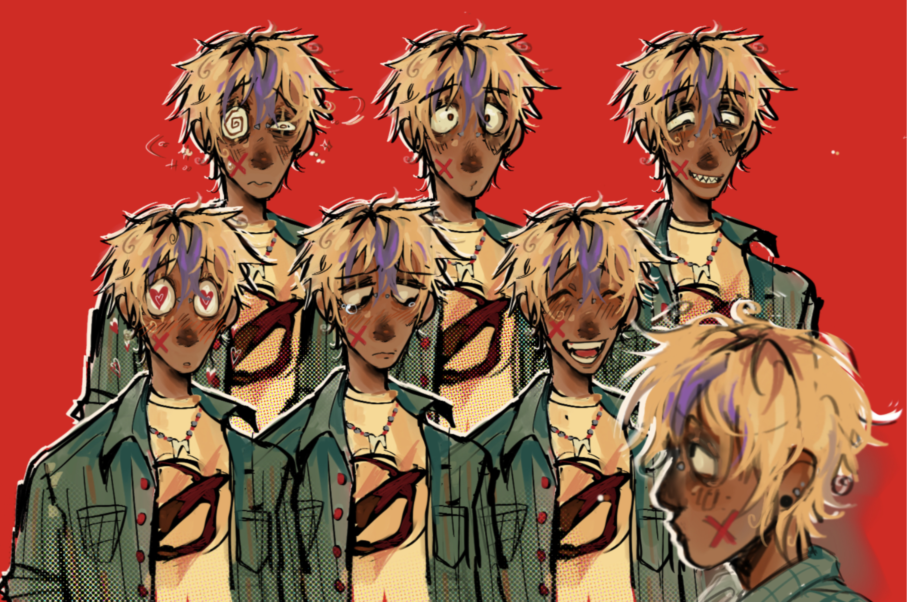 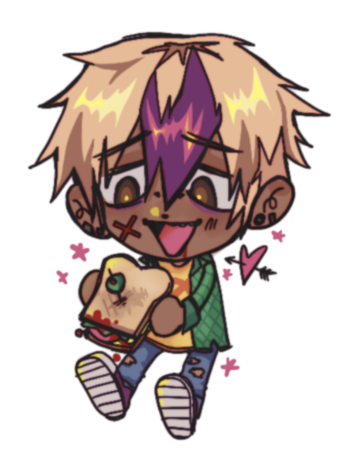 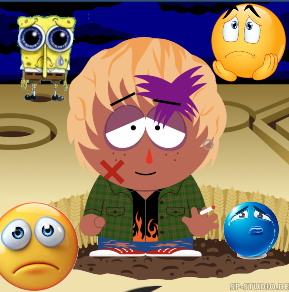 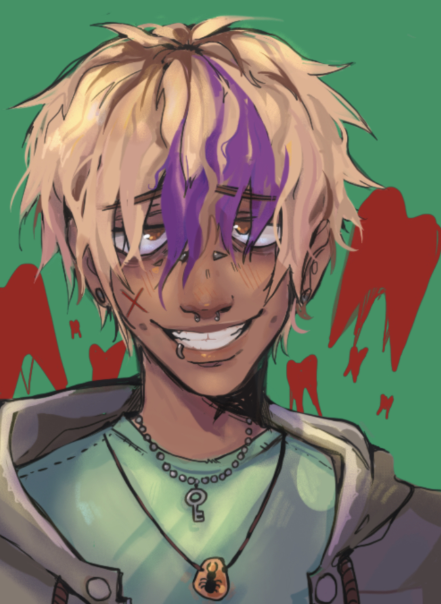 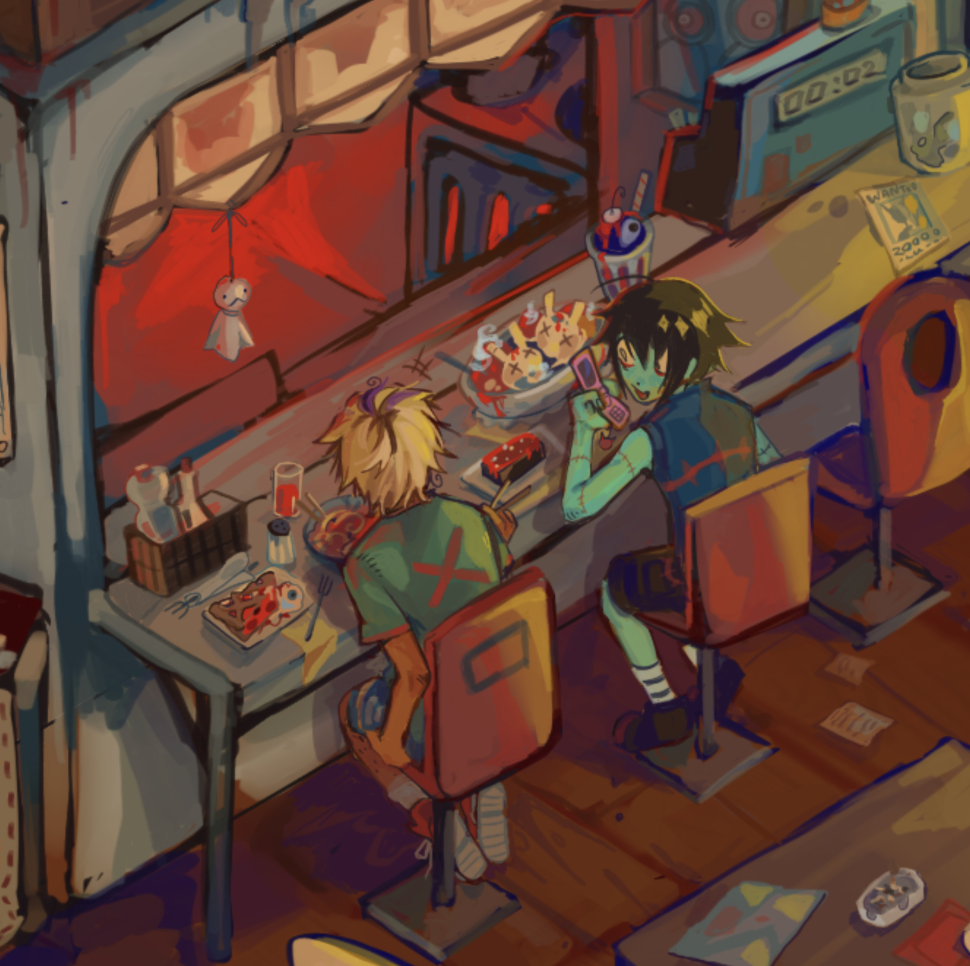 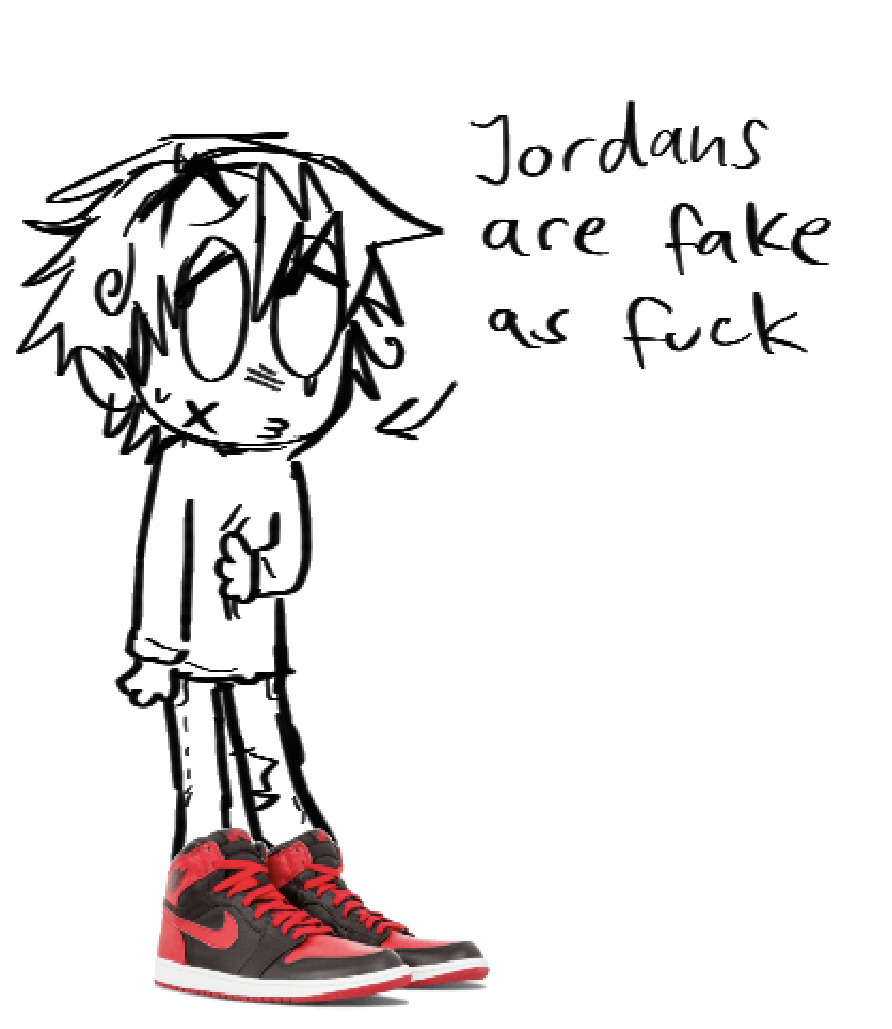 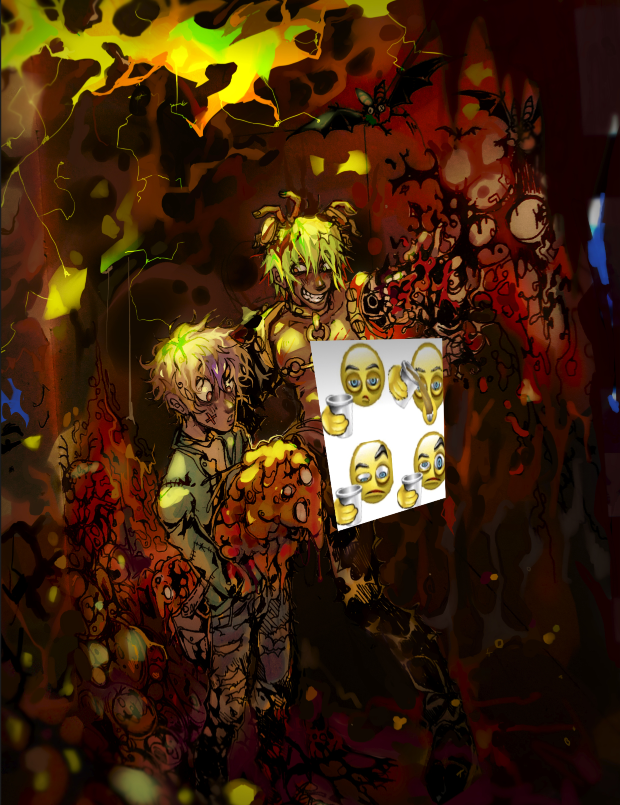 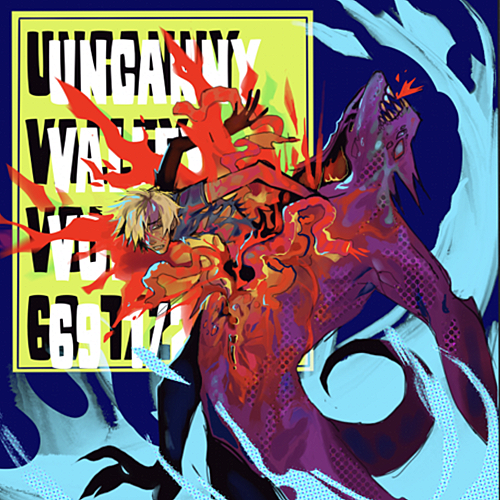 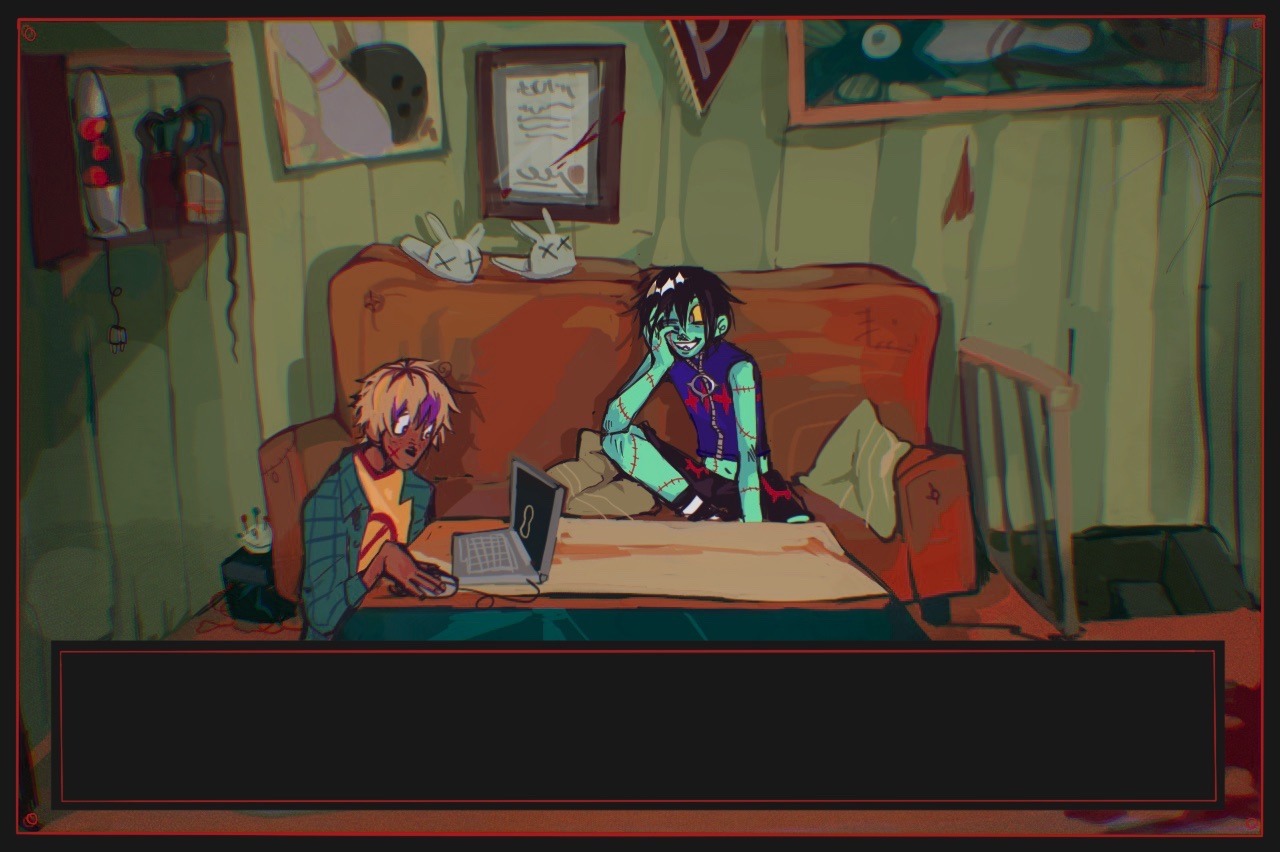 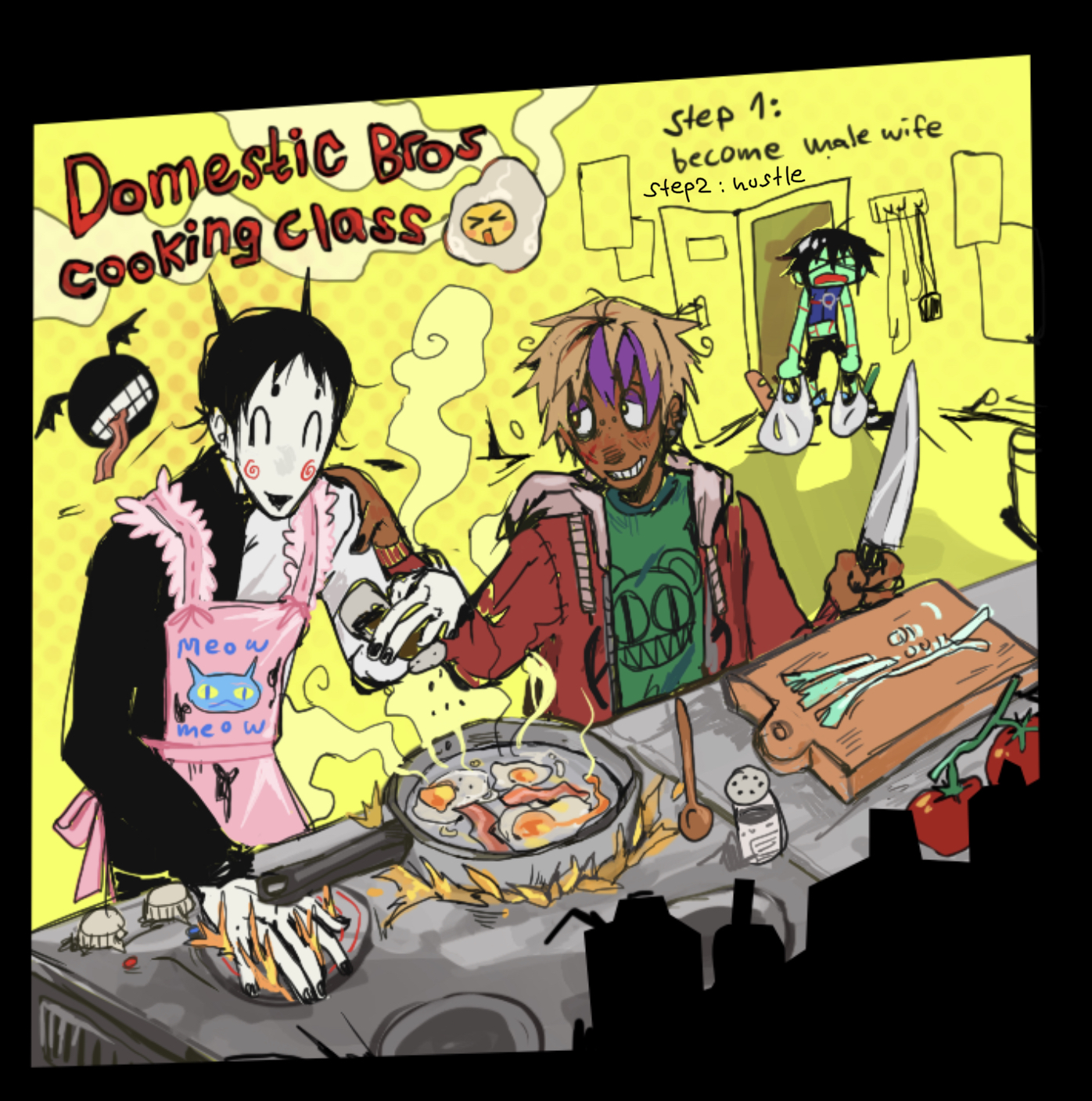 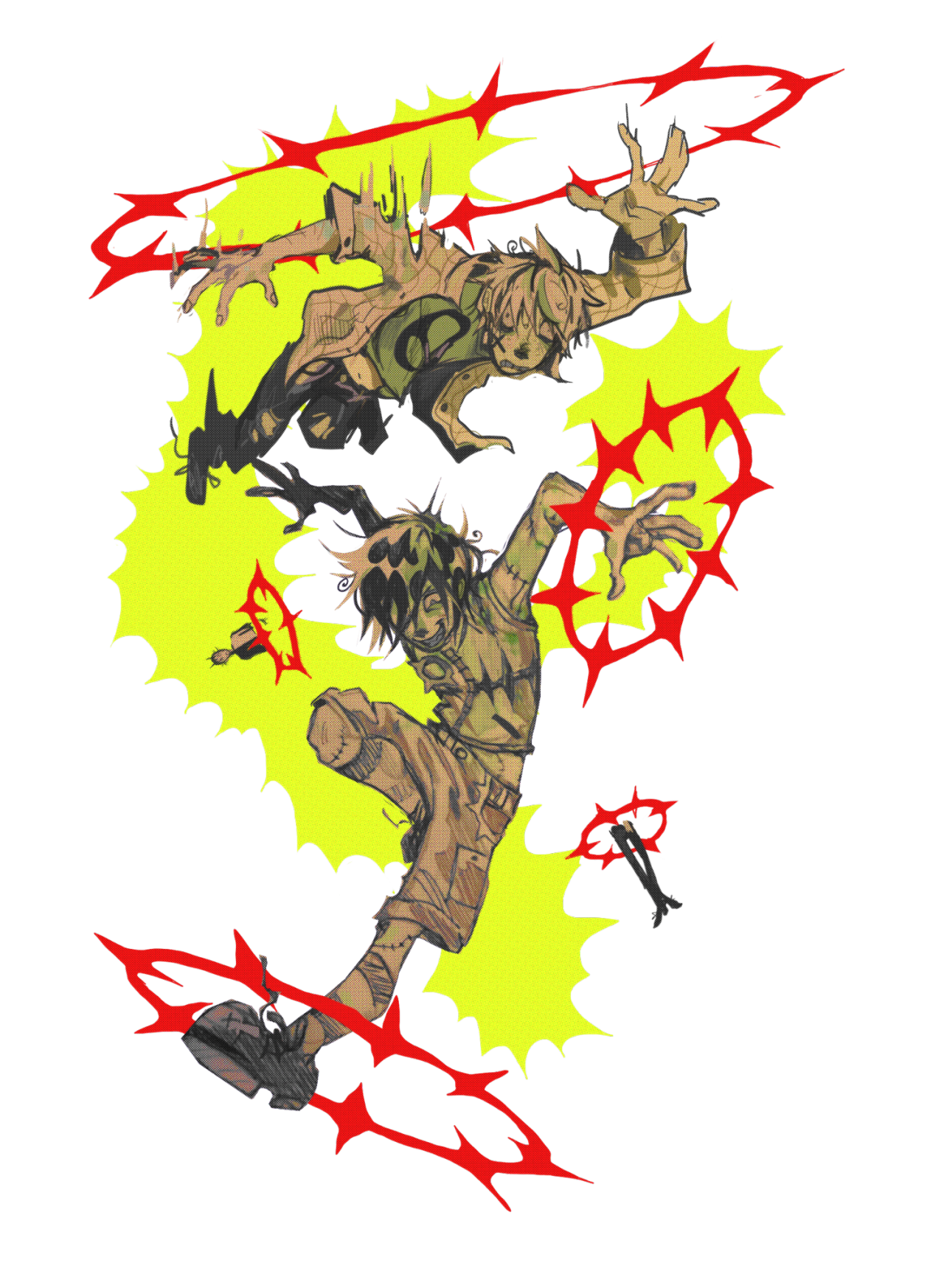 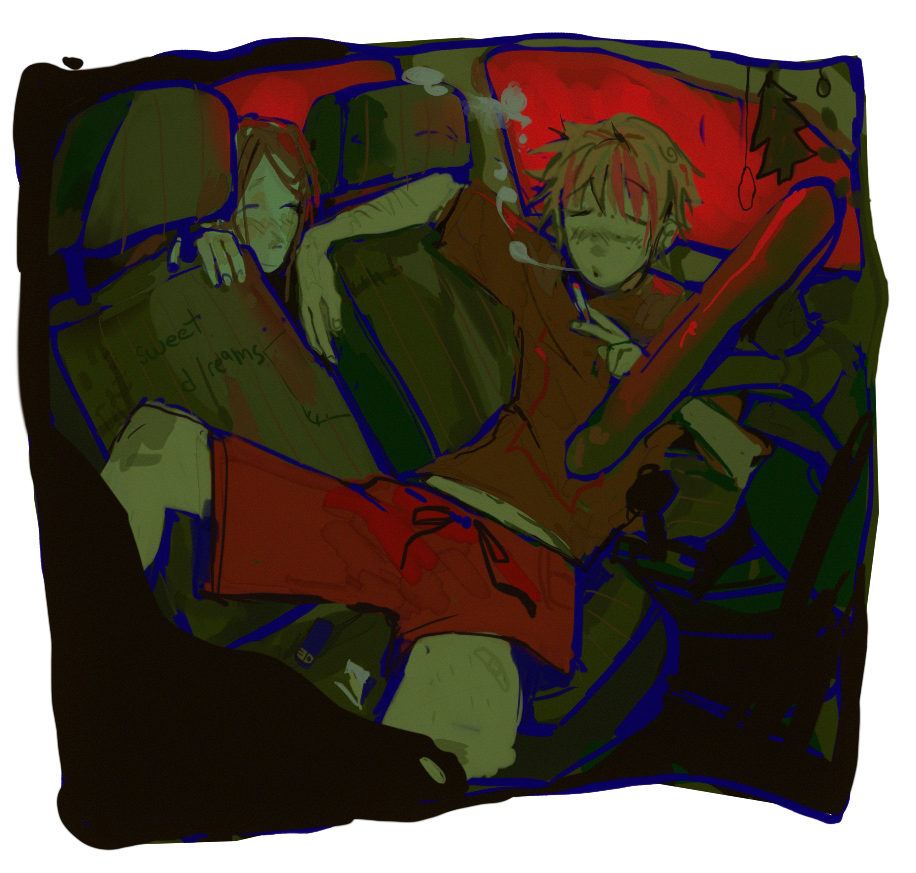 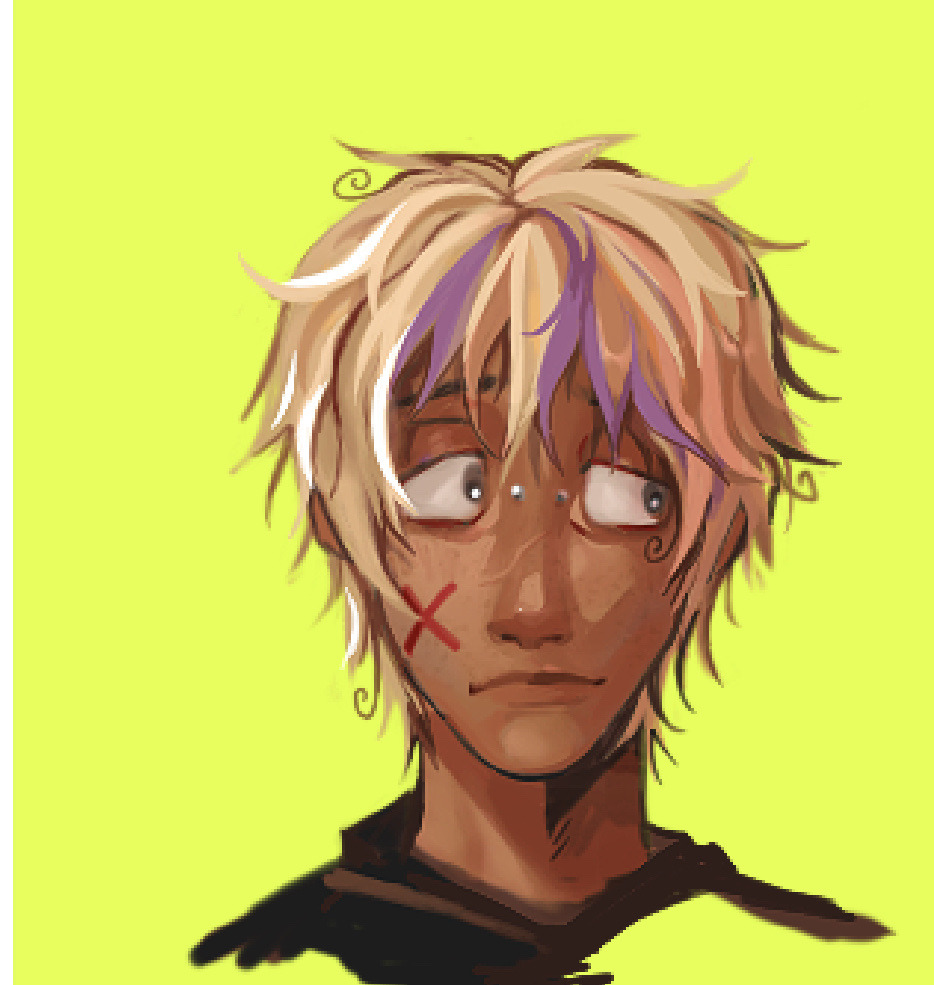 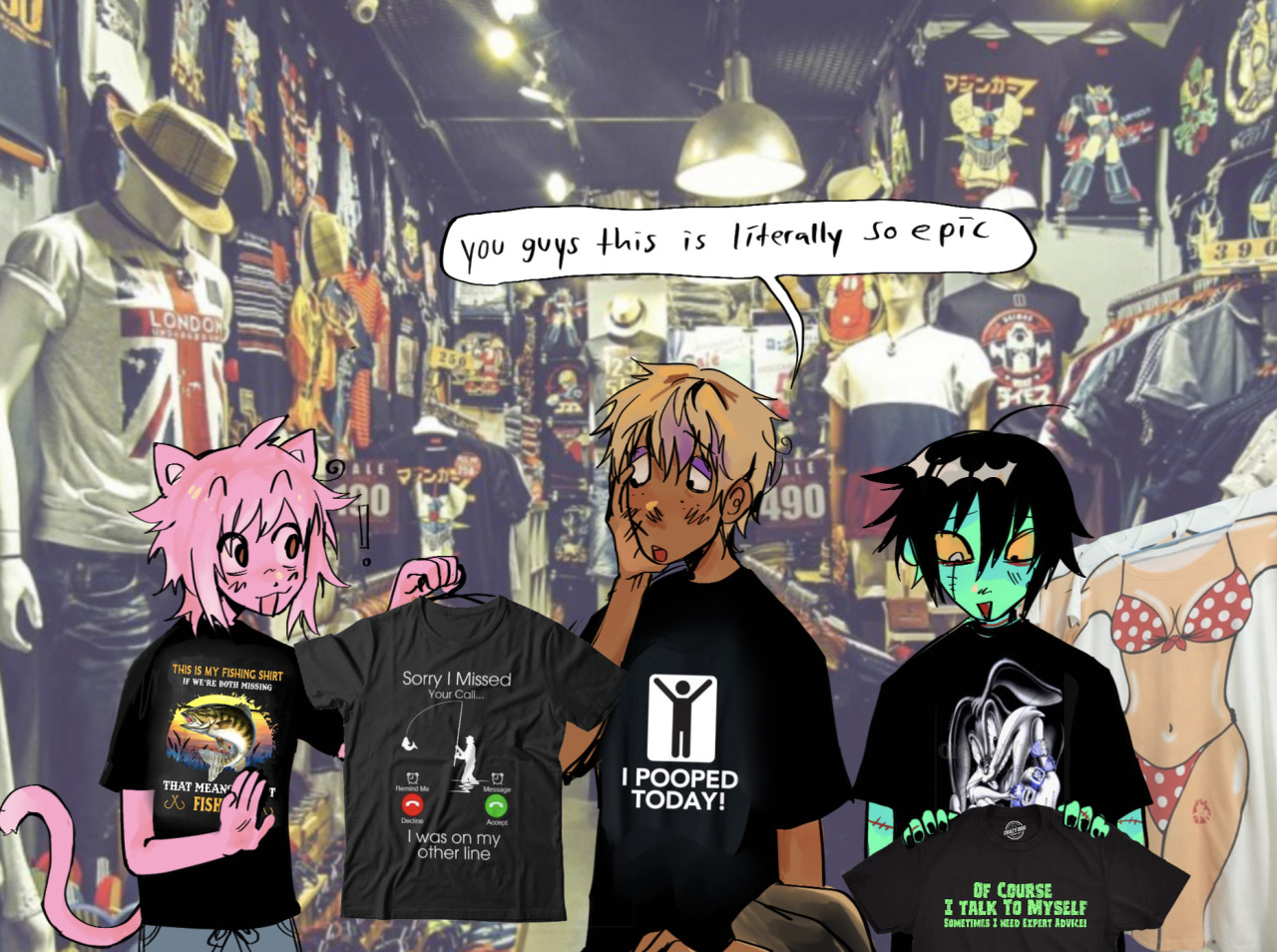 the pink character is moe (not by me)

^these are by none other than the realest of chads. ekko. (andrew enjoyer nr.1)^