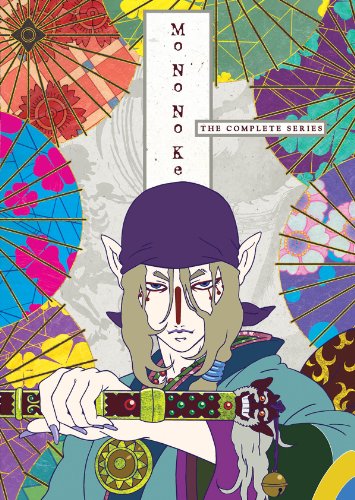 eh i have mixed feelings

ive been meaning to watch this one for years and tbh...it was kind of a letdown

once again...it looks so beautiful but the story was just meh. i feel like the diehard mononoke stans are gonna go after me for this one but honestly it’s not as good as everyone says and if it had a generic artstyle no one would even talk abt it or give a shit. that being said i still enjoyed it somewhat? idk... i just don’t know how to feel abt it...

the pacing is very slow and the story is confusing but that’s not even my issue. my issue is that they sort of make you think its gonna turn out a certain way and then there’s a twist. BUT. the actual outcome is always worse and lamer than the one you expected (most of the time). best example is in the third (i think?) episode with the weird monk guy and the boat, (spoiler ahead! mark text to read:)

at first you think the guy was obsessed with his sister and because he can’t have her he kills her and puts her in the log boat as the holy sacrifice. but then it turns out: the sister actually liked him back (ew) and went in the boat voluntarily and at the end she comes back, FUSES WITH HER FUCKING BROTHER into a yaasified version of him, and they get a happy ending. WHAT? HELLO? bruhhh listen i like weird and dark stories but thats just too much. also everyone else in that series dies and suffers but the incest monk mf gets away??? nah man. easily the worst episode.

also for a horror anime it’s not very scary at all, but that’s not that much of a problem tbh im just saying. The ending was super unsatifying aswell it didn’t feel like an ending at all and was super sudden. what i liked about the story is how suspenseful it is and i liked the medicine seller as a character (even if we basically dont know shit about him at least he looks cool lol).

so about the art and animation. Obviously its one of the most unique looking anime ever and i really love the backgrounds specifically. the reason i don’t give it a 10/10 is because of the character design... some of them straight up look like racist caricatures :I. yea. fucking hell. i know that happens a lot in anime but i feel like it was very prevalent here and it made the show significantly more unpleasant to watch. the characters that don’t look like that are very beautiful tho... also the opening was good

so... do i recommend it? Honestly no fucking idea... if you think it’s worth it just for the visuals then go for it but it doesn’t have much more to offer imo