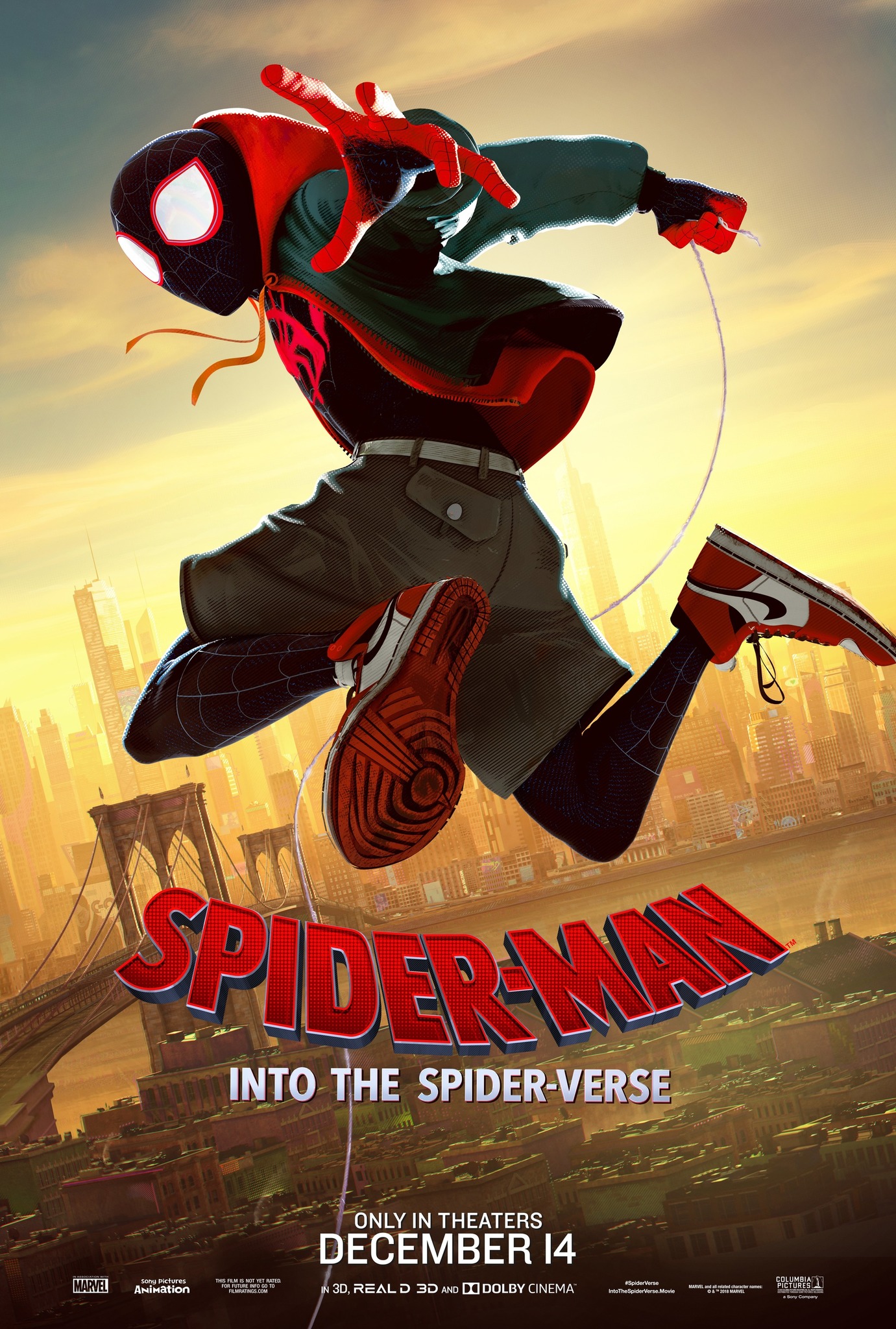 Obviously its great lol. animation and artstyle are awesome and story was nice too. i liked all the characters (for the most part) and uhhhh there isnt that much to say i think everyones already watched it anyways. you can really tell how much thought and effort they put into everything and the the villains are really cool too (especially doc ock). there isn’t really anything that actually bothered me except some things where a bit cheesy at the end (as to be expected ) and i didn’t understand some things (spoiler ahead, mark to read.)

also...that’s not rlly a critique but- why are miles powers electo shocks and invisibility? seems like a weird combo idk but whatever doesn’t rlly matter. oh and something i wasn’t a fan of either was that they made peni a stereotypical kawaii anime girl just because she’s japanese when shes nothing like that in the comics that was the only thing i genuinely didn’t like. but all these are mostly just nitpicks that don’t affect the enjoyment of the movie overall. it was also pretty funny i even laughed out lout at one joke and got a few chuckles (yas). i think hmmmm peter was probably my favorite character but i liked miles too and the designs of prowler and doc ock were just awesome. this review kinda sucked lmao sorry.(also i know the full name is spider-man, into the spider-verse but i didnt fit in my layout o_O)

uhhhhh it’s good..yes..watch it if you haven’t already....